Once you have an app idea, you’ll want to consider how to monetize your app. Choosing a monetization strategy will help you decide on a budget and validate your idea with your target market. Here are ways you can monetize your app:

The most straight-forward way to monetize your app is to charge your users. Apple App Store and Google Play Store both offer ways to charge users for your app. Both app stores will take 30% of revenue from your purchases. However, you benefit from exposure to a large marketplace and hassle-free payment processing.

This approach to monetization is best for apps that have fixed or one-time costs. If you anticipate offering ongoing support or incurring other ongoing costs (e.g., web app hosting), consider a subscription model instead.

Instead of making your app a one-time purchase, monthly or annual subscriptions give you a way to maximize the life-time value (LTV) of your users. This is a very attractive model because some percentage of users will simply remain subscribed to your app because they have no reason to cancel.

Consumer subscriptions should be priced high enough to cover your cost of supporting the app but low enough that the average consumer won’t think much about paying for your service indefinitely. Ideally, you’re offering some regular demonstration of value to subscribers. For example, you might send subscribers a monthly report of how they benefited from your app.

Another option for direct payment from your users is in-app purchases (IAP). You can monetize your app by offering digital goods as a one-time purchase. Free-to-play mobile games make heavy use of in-app purchases, to either unlock new game levels or exchange real money for in-game currency.

Most mobile app users do not make in-app purchases. Instead, a small percentage of users will make up most of your revenue in this monetization strategy. This small group of high-paying users—commonly referred to as “whales”—may spend thousands of dollars on a single game.

In-app ads are another model. While this strategy is less lucrative than it used to be—in part due to a glut of low-quality but high-use apps—mobile ads are a viable business model for apps with a large user base.

Unfortunately, the most lucrative ads are intrusive: whole-screen or video ads that disrupt your app’s user experience. Additionally, ad networks are notorious for collecting and using user data to target app users, a practice which is coming under more scrutiny as breaches of end user trust become more common.

Similarly, you can sell access to data collected by your application. For example, a retail app can track what user demographics are most likely to purchase certain styles of clothing. Traditional retailers are interested in this data so they can better advertise to potential customers.

Becoming a data broker requires seeking user consent to tracking and sharing of their app behavior. Typically this consent is sought through an end user license agreement or your app’s terms of service, which users must agree to when signing up for an account. Additionally, you will need to find parties interested in purchasing access to your data.

Not only is your app’s data potentially valuable. So is the service your app provides. Third party apps or services may be interested in licensing access to certain app features. Shazam is a good example of this model. Their music discovery service is free to consumers, but they license their platform to advertisers.

To make this a viable monetization strategy for your app, you’ll need one of two things. Third parties will want your app to have a desirable user population they wish to reach, or they’ll want your service to be something they can not easily replicate on their own. In other words, you either need to be a market leader for your target audience or you need to offer something innovative.

Another option is to build a marketplace of your own. You can create a place for content creators to sell content (e.g., subscriptions to podcasts). Alternatively, if you build an extensible app, you can give third party developers a way to add new functionality to your product. As the marketplace owner, you can take a cut of revenue your creators generate.

This approach can have its challenges, however, and is probably the most ambitious monetization option. For a marketplace to work, you have to find both creators and consumers. Finding both—and getting both on board in your early days—is quite the challenge. 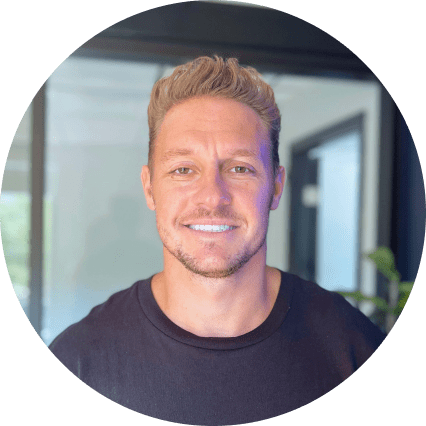 By Chris Wraley
Subscribe to our newsletter RSS (Atom) feed

How to Measure the Success of Your App After Launch

Launching an app is just the beginning. Tracking, analyzing, and responding to your app's metrics are all key activities to ensure your app's long-term success.

Why the App Development Industry Needs to Clean Up Its Act

Twin Sun announces the launch of Harvest Timer and Work Logs for Jira Cloud, a new app that streamlines time tracking by allowing users to sync their Harvest time logs with their Jira work logs.

Generative AI has the potential to be a powerful tool for app development. AI can help product managers, designers, and developers come up with new ideas and bring them to life.