Flutter is a cross platform mobile UI Framework created by Google. Flutter allows developers to create incredible looking apps that work on both Android and iOS devices using a single code base. As of December 2018, Flutter is officially on version 1.0.

Generally speaking, Flutter is designed to seriously decrease the time and effort it takes to develop a product on both major mobile platforms (Android and iOS). It makes maintaining a product much easier as well, as the majority (if not all) of the code is shared across both platforms.

For Twin Sun, Flutter allows us to exceed our clients’ goals and expectations. We have all come from a world that avoided hybrid and cross-platform approaches, as it was always more financially beneficial to charge for two separate applications for each platform.

When founding Twin Sun, we all agreed on our goal, to take on software for people who deserve better. Too many companies, specifically start-ups, often times end up paying far too much for their product for a number of reasons. This inflated costs typically starts with the concept of “native applications always work better than hybrid”. This is a line I have said to hundreds of clients before, and I believed it, until now.

Flutter demolishes this concept with astounding results. We began using Flutter for an internal project in May of 2018, and after seeing the power and potentially cost savings, we have began using Flutter for client projects as well. On products that require both Android and iOS, we have seen an average of a 48% reduction in our pricing compared to building each platform separately.

Flutter provides the same level of functionality you would get with native applications. The applications compile into native code, which essentially makes them indistinguishable from a full native application. The community has latched on to Flutter support with companies like Square announcing partnerships. Flutter also easily supports native code as well, for any unique scenarios that require native interoperability.

Flutter allows us to move very quickly and deliver astonishing results in the process. By removing the hurdles encountered with a team of native iOS and Android developers, we can move quickly on ideas and collaborate better than ever with a single code base across our entire team.

The Future of Flutter

To say flutter has received support is an understatement. Flutter is being used in many production apps with millions of users, such as Alibaba, Google Ad Words, and many more.

Due to the incredible support and community around Flutter, there are currently projects to:

This means that in the near future, sharing a single code base can extend to the majority of major platforms beyond mobile.

If you have a software challenge and need our help, or if you just want to listen to me talk more about how amazing Flutter is, please contact us! 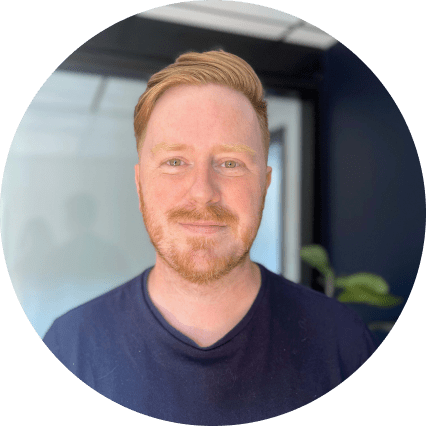 By Caleb Hamilton
Subscribe to our newsletter RSS (Atom) feed

How to Measure the Success of Your App After Launch

Launching an app is just the beginning. Tracking, analyzing, and responding to your app's metrics are all key activities to ensure your app's long-term success.

Why the App Development Industry Needs to Clean Up Its Act

Twin Sun announces the launch of Harvest Timer and Work Logs for Jira Cloud, a new app that streamlines time tracking by allowing users to sync their Harvest time logs with their Jira work logs.

Generative AI has the potential to be a powerful tool for app development. AI can help product managers, designers, and developers come up with new ideas and bring them to life.